By 2030, 77 million people in the US will be over the age of 65, representing one-fifth of the country’s population. Published survey results indicate that 35.8% of adults aged 62 to 85 years old use >5 prescriptions concomitantly. Furthermore, 71.7% of individuals in this demographic use their prescriptions concurrently with over-the-counter drugs or supplements, making this demographic the largest consumer of drugs. Nevertheless, elderly individuals, especially those on the higher end of the age spectrum, are frequently excluded from participating in clinical studies due to perceived high risk associated with age, comorbidity, and polypharmacy.

Some drugs are known to exhibit age-related differences and increased variability in pharmacokinetics (PK) and pharmacodynamics (PD), especially in people over the age of 75. Lower enrollment of elderly patients in clinical trials cannot support the risk/benefit assessments in terms of safety and efficacy of drugs intended for the elderly.

The first FDA guidance encouraging inclusion of elderly patients in clinical studies during drug development was issued 3 decades ago. Years later, the ICH E7 guidance in 1994 provided guidelines for conducting clinical studies in elderly patients with increased frequency of illnesses and those taking several concomitant medicines, resulting in potential risk for drug interactions.

Considering the increase in size of the geriatric population in conjunction with advances in PK/PD, updates have been made to the FDA guidelines for gathering data across a wider age range. For a more comprehensive clinical perspective, this guidance recommends geriatric subset analysis for different age cohorts. In addition, a focused guidance was issued to encourage adequate representation of older adults, especially those over 75 years of age, specifically in cancer trials.

Age-related differences in drug disposition could be due to variability in how a drug is absorbed, distributed, metabolized and eliminated (ADME) or due to changes in drug-receptor interactions. As people age, they experience:

Population Pharmacokinetics as a Screening Tool

When evaluating a drug that will have significant use among elderly patients, investigators should closely focus on PK. Differences in PK can be measured easily, and these differences can impact safety, tolerability, and efficacy. During drug development, if an initial PK study indicates clinically meaningful differences between older and younger subjects at steady-state, larger studies to allow for statistical comparisons should be conducted.

Alternatively, a population PK (popPK) assessment can be useful to screen for PK differences in elderly patients as well as to identify characteristics (“covariates”) that explain these differences as part of Phase 3 (and Phase 2). If older patients with impaired renal or hepatic function are included in the model and popPK results indicate no major, medically meaningful differences in exposure, this approach can meet the geriatric study guidelines from FDA.

When developing a popPK assessment, you need a full range of relevant characteristics to screen for significant effects. Potential covariates to evaluate include age, sex, race, weight, body composition, illness, smoking status, and concomitant medication use. It is important to make sure that the developers of any trial have a good distribution of test subjects across these characteristics whenever possible.

Any outliers uncovered during the popPK screen should be explored further. Rather than being considered anomalies, outliers may provide useful information that can inform other studies. It is important to not ignore this potentially useful data source. Typically, only relatively larger differences in PK among groups are of clinical concern and warrant further study. However, for drugs with narrow therapeutic indices, relatively small differences in PK may be clinically important and should be evaluated carefully

Furthermore, a popPK study can help identify large effects associated with drug-disease and drug-drug interactions (DDI). In particular, it can uncover concomitant medications with substantial effects on exposure. If your study is aimed directly at elderly patients, you should always evaluate interaction with the drugs that are widely used by the elderly population and have a narrow therapeutic index.

Changes in PD responses in elderly patients can be due to true differences in sensitivity in these subjects or can be a result of changes in PK (i.e., higher or lower exposure in elderly patients). As such, if one thinks that there are potential differences in the PD response among older patients, knowing the potential PK changes beforehand is critical in understanding the root cause.

Addressing Pharmacodynamics in the Elderly

Changes in PD can be more difficult to ascertain than PK changes. While some endpoints are straightforward and readily quantifiable for PK/PD (i.e., blood pressure, heart rate and blood glucose), others can be more subjective and challenging (i.e., endpoints for depression, anxiety, or pain).

Many approved drugs have poorly characterized dose-response information for the general population, limiting any direct comparison with elderly patients. Therefore, quantifying PD endpoints for new drugs intended for the elderly population can be very difficult. This may require innovation on the part of the developer to identify new surrogate endpoints, or closely associated biological response data, that might help characterize the drug’s effect more accurately and with greater precision.

Challenges and Solutions for Enrollment of Elderly in Clinical Trials

Barriers to enrollment of elderly patients in clinical trials could be due to trial designs with exclusion criteria for older patients. With guidelines encouraging enrollment of elderly patients and real time demographic data for drugs approved by FDA (after 2015) providing snapshots on geographic locations of trial sites and differences in efficacy and safety across different demographic groups (including geriatric populations), we expect to see improvements in clinical trial enrollment for the elderly.

Physicians’ fears of toxicity and comorbidity, and concerns over survival benefit are additional factors limiting the enrollment of elderly people in clinical trials. These can be alleviated by more education as data accumulates in this under-represented trial population. Application of quantitative system pharmacology (QSP) and physiologically-based pharmacokinetic (PBPK) approaches during clinical development may also help account for advanced age-related changes, by providing a more thorough, holistic picture of ADME.

Additional barriers such as lack of family support, burden of travel, cognitive impairments, and patient perceptions about benefits of new therapies over standard treatments can prevent enrollment. Based on new guidelines for older patients, we can anticipate more efforts will be made to reach out and provide greater awareness and education about clinical trials to this age group to encourage their participation. Transportation barriers have been addressed recently with contract research organizations now being allowed to provide travel assistance under rule changes that specify that reimbursements for travel-related expenses are not considered to have undue influence.

When assessing drugs in certain therapeutic areas (especially CNS drugs, sedatives and hypnotics), dedicated studies may be needed in elderly patients due to the significant risk for greater sensitivity in this population. The focus should be on dose response (or PK/PD) for either desired effects or adverse events.

If it is obvious that your drug will primarily be used by the elderly (think coronary artery disease, dementia, and peripheral vascular disease), you can request a pediatric waiver to reduce the amount of testing that needs to be performed. The responsibility is on the drug developer to request the waiver and provide the rationale for doing so. When considering relevant age groups to include in studies for those not-so-obvious situations, evaluate the distribution of the target disease prevalence by age and evaluate the distribution of use by age for similar approved drugs.

We need to act immediately to address the wide knowledge gaps that exist due to a lack of elderly enrollment in clinical trials. This process should start with proportional inclusion of elderly patients (with comorbidities and concomitant medications) in trials for new drugs intended for diseases that occur in the elderly population.

Extra monitoring should be encouraged to prevent undue risk from their participation, with the expectation that their safe participation will greatly improve our understanding of PK and PD. Data from these studies should be used to take advantage of quantitative approaches including QSP, PBPK, and popPK for optimal dosing recommendations for elderly patients. Investigations should continue during post-marketing to provide updates on dosing recommendations based on real-life data.

For more information on developing drugs for the elderly or for other populations, contact us. Our team of consulting experts would be happy to assist with all of your PK/PD and drug development needs. 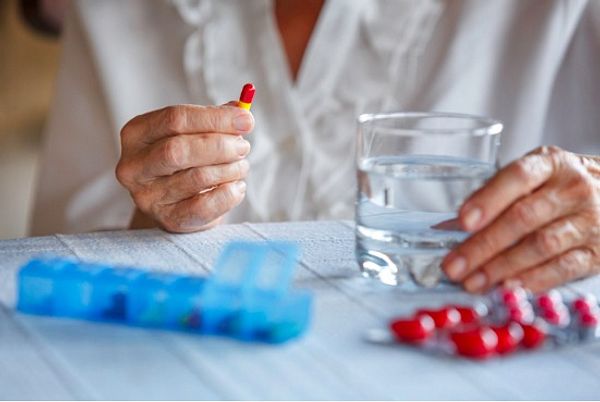 Dr. Muthukrishnan has 19 years of broad experience in various stages of drug development with a focus in DMPK, PK/PD modeling and simulations, IVIVC model development and clinical pharmacology.