Kelly Gelinne, our Associate Director of Marketing, sat down with Mark Bush, Ph.D., to learn more about his experience in drug development, favorite projects he’s worked on, and some of his thoughts about upcoming changes in drug development. Listen to Kelly’s interview with Dr. Bush above or read the transcript below.

Dr. Bush, Nuventra’s Vice President of Clinical Pharmacology & Pharmacokinetics, has more than 20 years of experience in clinical pharmacology with a focus on study design and interpretation, as well as modeling and simulation. He received his Ph.D. in Pharmacokinetics from UNC-Chapel Hill. He previously served as Director of Clinical PK for GlaxoSmithKline and he also spent 3 years as an Assistant Professor of Pharmacy for Wingate University School of Pharmacy.

What is your favorite project that you’ve ever worked on at Nuventra?

Mark: My favorite project was a development program intended to replace an endogenous substance with an exogenous drug. It was a new therapeutic area for me, so it was exciting because I had the opportunity to learn something about an area I did not have experience with before. And the Sponsor of the program was very collaborative; they were very eager to teach the team here at Nuventra all about the mechanism of their drug, how their drug worked, and how it was delivered. At the same time, they were open to learning what we could help with, like modeling and simulation, study design, protocol review, clinical study report review, helping with regulatory interactions—it was really nice from both a teaching, a learning, and as well as a collaboration perspective. Very fun project.

What major changes do you predict will occur in drug development in the next 10-20 years?

Mark: We’re starting to see a lot of these things now, and I suspect they’ll accelerate over the next 10-20 years. Of course, 10 years is probably easier to predict than 20 years, but some things like an increase in globalization are very likely.

The emergence of markets in China, for example, is likely to increase. I think in addition, development in other regions is likely to progress as well because of different regulatory environments. For example, in different areas of the world there are different regulations that are in place for development of programs, such as CAR T therapy, so in certain regions it may be easier to develop cell-based therapies than it is in the US. So, that could impact not only the approach to drug development as time passes—in addition to, as I said before, the actual markets themselves opening up those markets to US developers and global developers.

I think from a scientific perspective, just the explosion in pharmacogenomics information is going to open up new therapeutic areas and new therapeutic targets: genes, cell-based therapies, and kind of a continuing evolution of antibody-based therapies, we have antibodies—bispecifics in particular. I’ve seen an explosion recently in oncology and I suspect that will continue.

From a regulatory perspective, I think that we’re going to see additional efforts by FDA to make it easier for generics, biosimilars, to make it to the market with a focus on reducing cost for consumers. The FDA has really focused on that in the past 5 years. I suspect we’ll see much more of that in the next decade or so. In particular, for complex generics’ recent approvals: Proair HFA I think was recently approved as a complex generic and I think we’ll see regulatory agencies putting policies in place to make that a more transparent process going forward.

What advice would you give a brand new pharmacokineticist?

Mark: My advice wouldn’t be specifically for pharmacokineticists as much as a new scientist. It really is: maintain your curiosity. Drug development is a moving target. It’s not stationary when you finish your formal education, whether it’s a graduate degree, undergraduate degree, whatever that might be. The scientific space does not stay static. It’s continually evolving.

When I first got into the field, I started in pharmacokinetics, moved into pharmacometrics, and now the field is becoming diversified into things like advanced PBPK modeling, quantitative systems pharmacology—so being open to learning new things, being open to enhancing your knowledge as different fields open up and your area of expertise is really important, particularly important for new therapeutic areas. Similar to methods of analysis, new therapeutic areas are rising as well. 10 years ago, I hadn’t seen, for example, a bispecific antibody, but I’ve worked on several recently. I think a continual process of learning is the key thing for a new scientist.

You’ve worked in the industry at GSK and also as a professor, so why did you choose to be a consultant now?

Mark: Being a consultant is this really nice combination of teaching and learning because you’re working with a wide variety of development programs. You’re constantly learning about new therapeutic areas, new strategies of development, so that helps with your own personal growth.

And then you’re also given the opportunity to teach—you teach clients how they can use specific methodology, techniques to develop their development programs. So it’s a nice combination of the two of those and I think within drug development in particular, you just really get to see a lot of different things. Early phase—from the earliest stages of candidate selection to late phase—national, international drug development, and a combination of very small companies, very large companies. All of those create a really dynamic work environment. I have really enjoyed that, seeing the cutting-edge science, and again, just the opportunity to both teach and learn.

In that experience as a consultant, can you talk about something that is often overlooked by Sponsors?

Mark: I would say that at least from my primary discipline—pharmacokinetics, pharmacometrics—one of the key things that I see Sponsors delaying is the application of model-based drug development. Often times we’ll speak to Sponsors and they will have delayed any kind of meaningful pharmacometrics or model-based development until the very end of their program where essentially, they’re being asked by a regulatory agency to provide a popPK model.

In fact, I think model-based drug development can be useful from the very, very, earliest stages of drug development, even before you even go into humans. We frequently help clients with candidate selection by modeling their nonclinical data whether it be in vivo or in vitro data. You can also apply modeling to early phase—phase 1 data to help select doses for phase 2, and then on from phase 2 to phase 3.

So I think it’s important to consider the utility of model-based drug development in all stages of the development of a drug, and not just wait until essentially the date of filing to focus on popPK model just to simply characterize the PK of your drug. It can really make for efficiencies in the overall drug development process if you think about modeling opportunities early.

Kelly: We have one bonus question for you—something fun. What do you like to do on your free time?

Mark : It’s very boring—Netflix bingeing is a frequent hobby. I don’t know if that technically qualifies as a hobby—we’ll call it a hobby, I’m very good at it, so we’ll consider it a hobby.

Kelly: Hey, it’s one of my hobbies too. Thank you so much for your insights, Mark.

If you have a specific question for Mark or another senior consultant, please don’t hesitate to contact us. 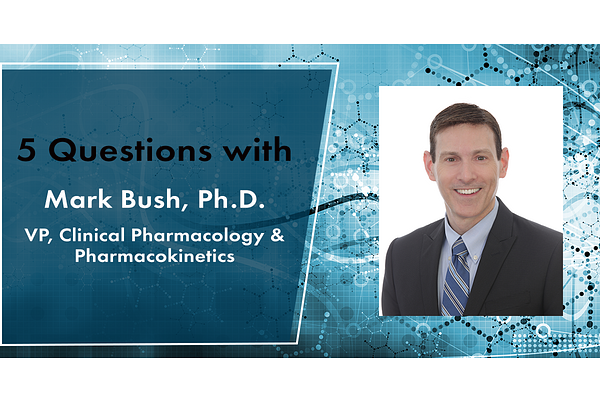