Kelly Gelinne sat down with Mark Sale, M.D., to learn more about his experiences in drug development, favorite projects he’s worked on, and his advice for new scientists. Listen to Kelly’s interview with Mark above or read the transcript below.

Mark received his M.D. from The Ohio State University and an M.A. in Biostatistics from Georgetown University. In addition to earning his two graduate degrees, he completed a Fellowship in Clinical Pharmacology at Stanford University and became an Assistant Professor of Medicine and Pharmacology at Georgetown University. In 1998, Mark joined GlaxoSmithKline and rose to the level of Global Director of Research Modeling and Simulation. In 2006, he started an independent consultancy in population PK, modeling, and simulation. Mark has extensive experience conducting complex population PK analyses across diverse therapeutic areas and is one of the pharmaceutical industry’s thought leaders in modeling and simulation.

How did you end up going from medical school into drug development consulting?

Mark: I went into internal medicine and did my residency in internal medicine at Indiana University and considered my options. I wanted more training, but just couldn’t get excited about doing just kidneys, or just lungs, or just hearts for the rest of my career. It seemed sort of limited and was introduced to someone named Craig Brater who had just arrived and started a Division of Clinical Pharmacology at Indiana University, and thought that sounds like a good option—to do a whole variety of things. Drugs affect every organ in the body and mostly that’s what internal medicine does is we make diagnoses and we give drugs and that seemed like a more global approach to doing research and helping patients than just doing catherizations every day for the rest of my life.

What’s your favorite project you’ve worked on in your time at Nuventra and why?

Mark: My favorite project is one of the very first ones I worked on at Nuventra. We worked with a company that had a very innovative drug that stops cell cycles in G phase. The plan was to use this to arrest bone marrow cell division in G phase as a protectant for chemotherapy. They had a lot of smart people, they came out of the University of North Carolina, and had given a lot of thought to this and measured a lot of things in a very detailed mouse model that they had.

The model was detailed in that they had measured different cell lines and different mediators and with that data we were able to put together a very detailed quantitative systems pharmacology model of what happens when you give this drug to CD46 inhibitor and use the mouse data to predict what would happen in the first time in humans. I guess, what was the most fun about it was that the model actually worked really, really well. We predicted a 15% decline in this one cell line—the G1 phase cell line—and observed, at a specific dose and a specific time point, a 17% reduction.

Turns out the model is very predictive and very helpful in moving the drug quickly into first time in humans and then continue to develop the model for patients and has continued to be increasingly useful. It’s a difficult drug to use because you can’t just give a drug and have people arrest bone marrow indefinitely. People will get very cytopenic fairly quickly, so it is a tightrope to walk balancing protecting the bone marrow from the chemotherapy, but not arresting them for so long that they would actually become cytopenic because of the drug.

What major changes do you predict in the drug development industry in the next few decades?

Mark: I think it will be a continuation of more of the same, nothing ground-shaking—but we’re getting better at this. We’re learning more, we’re measuring more, we’re developing increasingly complex models and models that are more and more predictive—and that actually makes our life harder. More reports, more things to measure, longer and more complex models, more opportunities for things to go wrong.

So it is more challenging, but it’s all good because we’re learning more about how to use drugs better, we’re learning more about how to manage safety of drugs. But it does make it harder. The actual regulations haven’t changed, the scope of information and knowledge base continues to expand that those regulations are applied to. Not long ago, we didn’t know that there are a whole class of drugs that prolong the QT interval and once we learned that, we quickly figured out that it was important to understand that and important to be able to predict that. And that’s good because patients are safer now because of that, but it does make things harder.

I see more of the same coming up where we’re getting better at doing these models, we’re understanding them better, we’re measuring more things, and that’s only going to make the models more useful.

Kelly: That’s great. So, the more we know, the more complicated things get.

Mark: Yes, unfortunately. It does make things harder, but it all is for better, more effective, and smarter use of drugs.

What advice would you give a new scientist or someone new to this industry?

Mark: Learn some math. There’s a common feeling that biologists are people who like science but don’t like math, so there really is not only a shortage of people who like math, but (also) opportunities for the more traditional biologist who didn’t like their calculus course in college to understand things better. They can put them into a mathematical framework.

Obviously, I am biased. I do math all day. I think it does lend insight into understanding these systems—how to better use what we do know, more precisely, what we do not know—and with the evolution of precision medicine, it’s going to be increasingly driven by not formal, not hard math, but some math. That is a frequent stumbling block to our communication with basic scientists in particular. I think there are a lot of biologists who went into the field because they didn’t like the math that was required in physics and chemistry. Biology traditionally hasn’t required much math, but increasingly it’s going to.

Kelly: I love that answer. I’ve asked that question many times and I have never received that answer before, so that’s great advice.

What is often overlooked by Sponsors, perhaps in a certain phase of development?

Mark: Many times, we are approached by a Sponsor early in development, sometimes late in development, who didn’t know there was an expectation that there would be some detailed quantitative pharmacology applied, something beyond an AUC and a half-life. Less so in the US, not so much in Europe, but in other countries there’s still not a widespread awareness that there is an expectation that we will use these quantitative methods very early in the process in selecting first time in human studies.

The old days of the maximum tolerated dose are gone. There’s an expectation that you will collect sufficient data in your preclinical studies to apply some modeling to your first time in human dose selection/dose justification. And, sort of related to the answer to the question about not appreciating the insight that math can bring to these questions, we commonly get approached by companies that are ready to go into humans and they just don’t have the data they need to bring to bear on the questions the level of sophistication that is expected by the regulators.

Kelly: Alright, before we close this out, we usually like to throw in a personal question. Can you tell us a bit about your vineyard and your winemaking endeavors?

Mark: It’s really not mine, it’s mostly my wife’s. I dragged her down to North Carolina for 18 years, which was not her first choice of where to go, but the opportunity at Glaxo was really good. We went down there, so then it was her turn to pick where to live and gave it some thought—gave it a lot of thought—she always wanted to live in California and she likes wine, she likes food, she likes growing things, and I said “sounds like Northern California to me.” So, we came out here and found a place, never intended to make wine.

We bought a vineyard, a small vineyard, but our only intent was to sell grapes and that was fun, that was interesting, but as usual in these things, you’re always looking for the next level, and the next level was to start a small winery—and we did. It’s done quite well; we’ve won some awards. It seems to be an agreement that it’s very good wine but what we’re not good at is marketing. We just got started, presumably we’ll get better. The current environment is not a very good environment for that, but hopefully things will get better, and if anyone’s interested, it’s elainewines.com.

Kelly: That’s great. Hey, sounds like an OK place to be stuck in quarantine.

Kelly: Thank you so much for your insights today, Mark.

If you have a specific question for Mark or another senior consultant, please don’t hesitate to contact us. 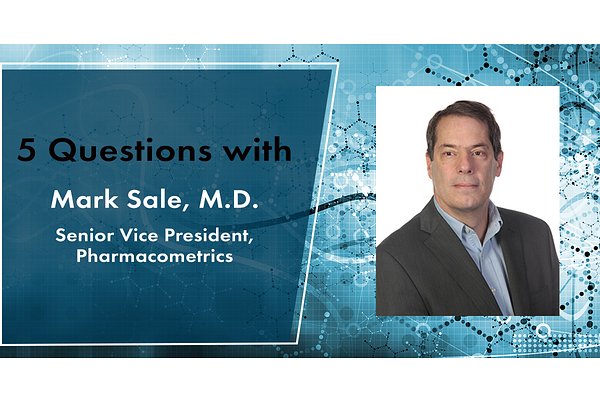